UKIP And The Path To Power 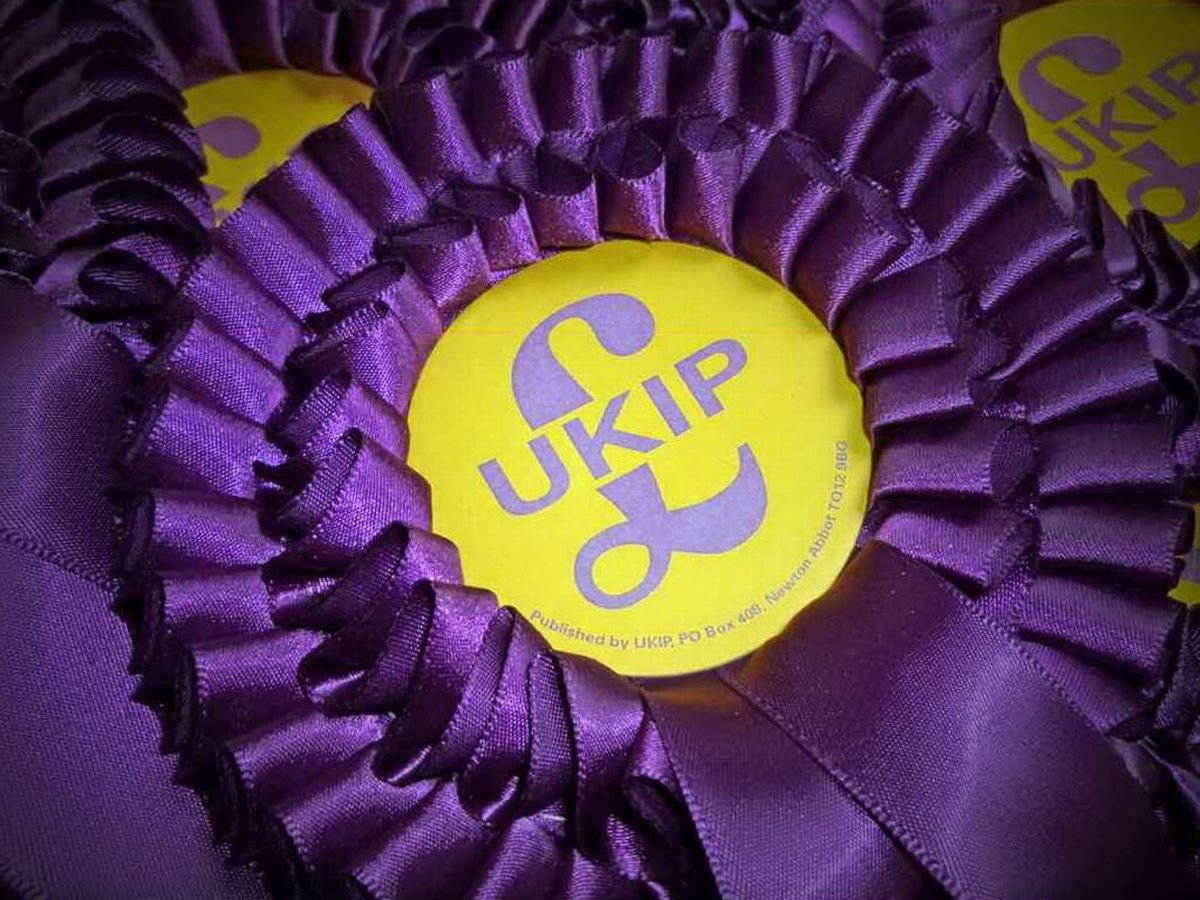 UKIP And The Path To Power

The traditional perception of ‘strong leadership’ is the use of Hard Power. However, it will become apparent that Soft Power is the superior form of leadership. In order to understand my thesis, this paper will use the issue of the European Union (EU) to exemplify the failure of Hard Power and the predominance of Soft Power. Firstly, in order to understand the concept of Power Dynamics, I will scrutinize the concept of Hard and Soft Power. Secondly, I will analyse the flaws of Hard Power through the sphere of the European Union. And finally, I will use the example of the rise and dominance of Britain’s United Kingdom Independence Party (UKIP) as a case of Soft Power dictating the agenda, despite the lack of ownership of any representation within elected office.

The Intricacies of Hard and Soft Power

Before advancing further, it is importance of understand the complexity of Power. According to Joseph Nye, power is split into the two predominate theories: Hard and Soft Power.

The former use the tactics of intimidation, manipulation and punishment. This type of persuasion seeks expel reason and autonomy by establishing a collective identity.[1] The political skill employed by this Power is ‘political intelligence’ that allows the sizing up weakness, insecurities, likes and dislikes of others and transforms them into personal devices.[2] This creates the ‘Great Intimidator’, which operates via intimidation and abuse to keep others unsteady and submissive.[3]

A proponent of Hard Power is Niccolò Machiavelli, who famously stated in The Prince that it was better to be feared than loved, but not to be feared to the point of being hated.[4] The rationalization of this advice is that commitments made in peace are not always kept, but if made in fear are kept out of fear. If fear becomes excessive the environment becomes dangerous for a ruling class.[5] Furthermore, he advised the conquering of Free States would require either ruin, the installment of colonies or maintain normalcy under a puppet government.[6]

The ladder seeks to set the agenda, leading by the example, inspiration and ideas.[7] This type of Power usually represented by charismatic leaders who are self-confident, conviction driven, enthusiastic in communication and the ability to create an emotional attraction for followers.[8] Essentially, it seeks to empower and elevate consciousness and transform ideals and values rather than hate and fear.[9]

The champion of Soft Power has been Antonio Gramsci who understood power comes from setting the agenda and determining the framework of debate.[10] It was within Letters from Prison, that he noted that cultural hegemony could be achieved via all the organs of civil society.[11] It was argued that the ruling class, possessing its own philosophy and personnel, renders ‘The Prince’ into a figurehead and thus can be replaced by a collective will with its own ‘new Prince’.[12] Only by being part of society and operating dialectically in relation to other parts that a new worldview can become dominate because it resonates with the active, conscious consensus of the masses. This ‘long march’ strategy would ensure the conquest of the mainstream and avoid coercion or revolution. [13]

Regardless of which type of Power is employed, the one aspect that can affect its efficiency is Contextual Intelligence. This indicates a capacity to foresee trends through complexity and adaptability while simultaneously attempting to shape events.[14] Without contextual intelligence, being a strongman is not enough.[15]

The Authoritarianism of European Hard Power

It was President Teddy Roosevelt that famously articulated the notion of Hard Power by saying “speak softly, and carry a big stick”. This concept meant that when diplomacy failed, then it was time to use the threat of military, economic or political punishment is established.[16] I would submit that this has become the unofficial policy of the EU towards its own population.

The founder of the EU was Jean Monnet, who realized the idea of United Europe could be manifested into reality if the Wilsonian principles of neoliberal capitalism, democracy, intervention and interdependence were adopted. For Monnet, it was economics that was the essence of Euro-integration.[17] It was through the use of Soft Power tactics of vision, diplomacy and creating an emotional bond with supporters that this idealistic agenda progressed without any strong resistance, but when the geopolitical context changed, the European Union shifted towards the use of ‘the big stick’, and in doing so, ignored the council of Machiavelli and became hated by the various peoples of Europe.

By adopting Machiavellianism, the EU saw the conquering of Free States by reducing Euro-Nations into protectorates and elected government into puppet states via the means of economics and politics. Although there were many examples of this occurring, such as dismissing the referendum results Netherlands and Ireland in regards to the ratification of the 2009 Lisbon Treaty[18], the most contentious period came during the Greek Sovereign Debt Crisis. Despite being prohibited to finance deficits of member nations, the EU partly wrote off some public debt and imposed neoliberal restructuring and austerity measures.[19] This meant wages, pensions and employment was reduced along with the forced sale of public resources and national heritage Islands.[20] In response to these dictates, the Greek people revolted and in order punish and disciple the Hellenic people, nearly all use of Soft Power was disregarded. In order to placate the tensions, PM Papandreou proposed a national referendum to vote on the bailout scheme and was met with his removal from office and a EU selected replacement.[21] When the new Tsipras Government’s 2016 Referendum resulted in 60% rejection of neoliberalism, in order to maintain the collective identity a unified Europe, the EU Establishment transformed into the Great Intimidator and sought to discipline and publish the Greece and forced them into submitting into accepting further imposed austerity measures.[22]

The second concern facing the EU is the Migrant Crisis that has seen the influx of mass migration from the devastated countries of the Middle East. Although the initial response was humane, it soon became apparent that accepting so many people increased further economic strain and cultural and national security tensions. These concerns accumulated in the mass sexual assault of German women during the 2016 New Year celebrations[23] and the French terrorist attacks as seen in Nice.[24] In response to concerns of citizens, Europhile government, such as German, denounced their own citizenry as the philosophical decedents of Nazis.[25] I would argue that the duel Crisis was an indication of the EU lacking Contextual Intelligence as it failed to foresee the escalating hatred and growing support for Euroskepticism.

The Potentiality of Eurosceptic Soft Power

The European integration agenda has always been resisted and relegated to the fringes of extreme politics. However, there existed a moderate strain of Euroskepticism that consisted of national patriotism, sovereignty, independence and the democratic principle. In order to shift the perception of Europskepticism, it faced the monumental task of overcoming the traditional worldview of public opinion, media, social movements and national political parties[26]. Ironically, the nationalistic Eurosceptic Movement owns its success to the long-march of Gramscianism.

It was the establishment of Ukip, under the magnetic leadership of Nigel Farage, that managed to set the national agenda and move Euroskepticism from the far fringes of debate into mainstream public discourse. The style of leadership exhibited by Farage was transformational variety that expressed a clear, compelling vision of the future and inspired followers.[27] I draw parallels with Farage and former Australian PM Keating’s ‘Placido Domingo’ philosophy: to walk on the stage and offer a performance to entice the audience to swoon through courage and imagination.[28] By using a combination of education and abuse, known as the ‘Farage Barage’, he managed to expose the technocracy, cronyism, anti-nationalism and lack of democracy to become an Internet sensation.[29]This enabled him to frame the debate as pro-Europeans seeking to undermine the history, character and morale of Great Britain and his campaign to ‘Believe in Britain’, which consisted of self-governance, controlled immigration, national sovereignty, international free trade and the support for its heritage.[30]

By ‘winning hearts and minds’, Ukip saw growing public support from middle-class Conservatives and working class Old Labour voters.[31] This accumulated in beating Britain’s Two Major Parties by winning the 2014 European Elections.[32] This momentum continued into domestic politics with the self-appointed ‘People’s Army’ marching on to solidified their position as the UK’s Third Party by gaining 12.9% of the National vote. But due to the First-Past-the-Post system, only saw one seat gained in Parliament.[33] Although this was disappointing, the overwhelming strength of Soft Power saw to the dictation of the agenda, thus pressuring elected officials and empowering Eurosceptic conservatives, and forced the Tory Government to hold the Brexit Referendum or fear losing further support to Ukip. Finally, the result vindicated their existence with, not only having the British people voting to leave the European Union, but Europhile Prime Minister David Cameron step down from power.[34]

In conclusion, as affirmed by the ideological ‘Battle for Britain’, Joseph Nye is correct in his statement that Soft Power can be more powerful than Hard Power. It was only by being seduced by Machiavelli that the European Project turned away from the Gramsci method and thus lost control of the European Project. Contrasty, it was rejecting Hard Power, that Ukip could bully the entrenched political class into submission by dominating the national discourse and untimely achieve its raison d’être.

[30] Oakden, P 2015, Believe in Britain. Together we can do great things, viewed 1 September 2016, https://www.ukip.org/believe_in_britain_together_we_can_do_great_things