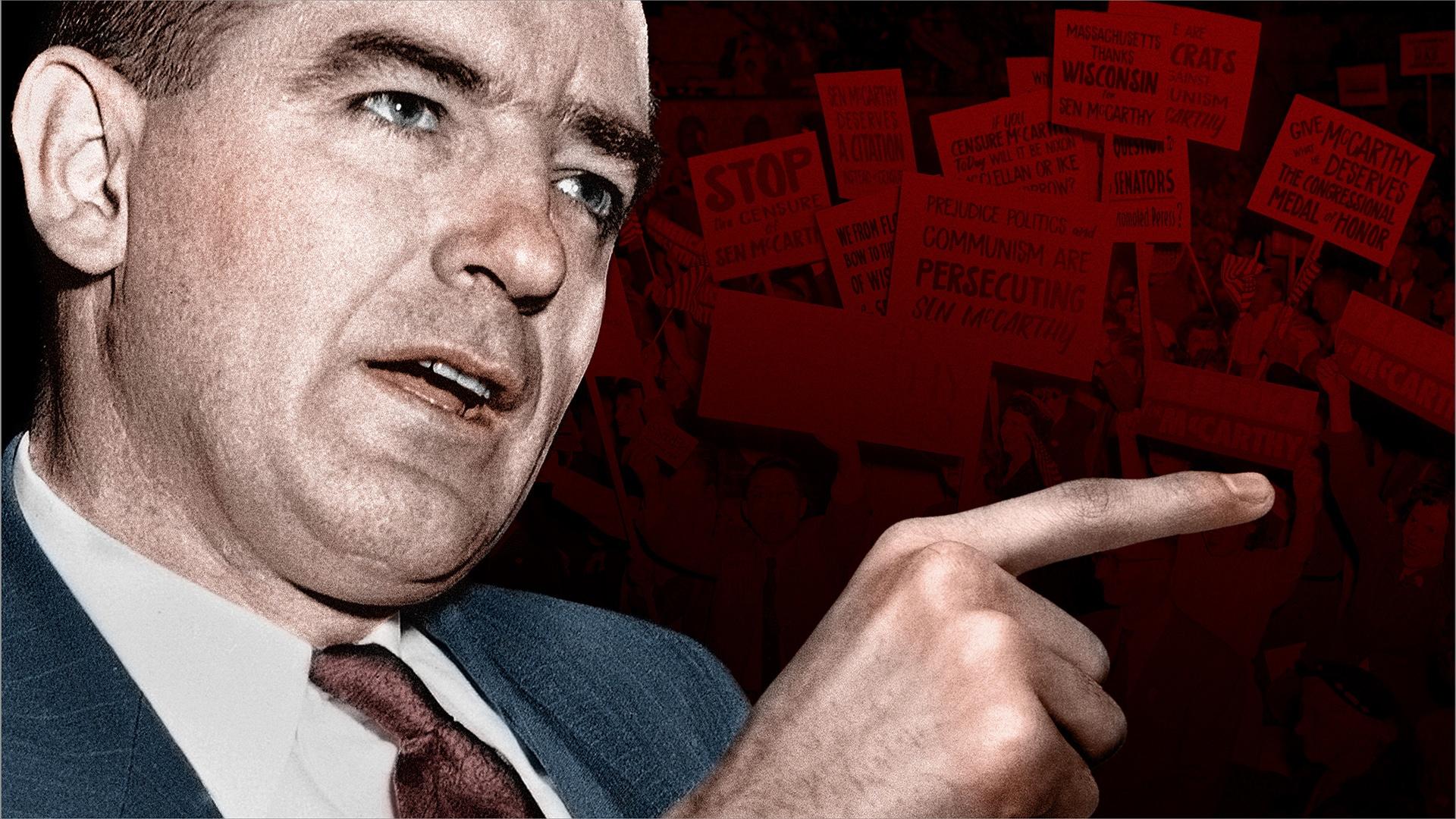 The traditional narrative of history depicts Senator Joseph McCarthy as a demagogue, who used a conspiratorial anti-communistic worldview to justify an erosion of civil rights, political repression and risked an escalation of the Cold War. Being that McCarthyism went against the notions of American idealism and faded away with the end of Senator McCarthy’s creditability, it is thought to be simply a deviation of traditional American history and therefore cannot be considered applicable to modern politics.

Although this may be true, upon reflection I have come question this perception, as a conspiracy mindset has always been apart of America and McCarthyism was simply another example of this tendency occurring. Furthermore, I contend that it is inaccurate to view McCarthy as paranoid madman who had no reason to make the claims that he was making.

The American Inclination for Conspiracy

According to Richard Hofstadter, this ‘paranoid styled’ thinking has expressed itself under different guises throughout history, with the US being no exception. However, I would suggest that this national characteristic is not surprising, as the American Revolution itself was a scheme against the British Empire. I would add that by being born from a conspiracy, the psyche of America was imbedded with the possibility of subversion occurring is some form or another: Freemasons, Catholicism, international socialism or capitalism, the Illuminati and the Elders of Zion protocols (Hofstadter 1966, p.6).

An early example of the paranoid thinking gaining a foothold into America can be found in the Anti-Masonic movement. It was believed to be an international conspiratorial network that required a separate system of loyalty, jurisdiction and obligations and punishments (Hofstadter 1966, p.16) that went against the constitutionalism of the US Republic. In reaction to this perception, the rise of anti-masonry ascended into a national movement (Hofstadter 1966, p.15).

In order to explain how such thining could gain traction, it required seeing history as the motive force in historical events (Hofstadter 1966, p.29) and possess an apocalyptic streak and thus constantly living at the turning point (Hofstadter 1966, p.30). Therefore Man is locked into a battle for survival with an enemy that manipulates and profits from history by manufacturing crisis, depressions, wars and disasters (Hofstadter 1966, p.32). Interestingly, it would appear that this enemy is an ideological doppelganger to the patriot: the enemy is a cosmopolitan intellectual that is ruthless in persecuting its agenda and the patriot will need to outdo him in scholarship and information and will also act with zealotry in purging the nation of subversive influences (Hofstadter 1966, p.32). However, it is important to realize that actual secret societies existed that potentially threatened civil order, such as Freemasonry (Hofstadter 1966, p.36). Therefore it is very plausible that some conspiracies can be fact, not theory.

It would appear that Senator McCarthy was no different for his ant-Masonic predecessors in his paranoid thinking, as indicated by his speeches where he spoke of a ‘great conspiracy so immense as to dwarf any pervious such venture in the history of man (Hofstadter 1966, p.7).

The aftermath of WWII saw a sickly FDR sign over Poland to Stalin, Soviet Agent Igor Gouzenko defects and named 22 people in a spy ring that passed documents to Stalin. By 1949 China fell to Mao and America’s major ally, Chiang-Kai-Shek exiled (Buchanan 1990, p. 92). It was these events that persuaded McCarthy that a massive communistic conspiracy was afoot.

Once establishing himself as a force on Capital Hill, a chilling affect occurred within American government: departments downsized, diplomats feared their mail being opened, rumours flowered, telephones tapped, and due to low morale of the civil service, the quality and quantity of applicants became substandard (Schrecker 1999, p. 371). Furthermore, McCarthyism led to a hard-line attitude, which fostered dishonesty and unrealistic policies that narrowed the debate on forging policy (Schrecker 1999, p. 377)

However, the damage of McCarthyism was nowhere as extensive than in Hollywood the Civil Rights Movements. Being that Communism supported racial equality, McCarthyism was forced to assault Civil Rights Movement by anathematised individuals and destroyed institutions and thus the remaining groups were small and conservative and thus posed little challenged to the norm (Schrecker 1999, p. 390). On the cultural front, McCarthyism entered Hollywood and saw a purging and blacklisted talented personnel by denying them licenses to those who affiliated or sympathetic to communism. Furthermore, it dictated content and the genre took a conservative outlook: the good/bad guy Westerns, unthinking patriotism of war movies and Bible epics. Moreover, undesirable elements were suppressed such as sexual content and blacks, workers and uppity women were kept off screen (Schrecker 1999, p. 399).

However, I argue that if McCarthy had any doubt of his actions, they were dismissed and replaced with vindication by the Hiss case. State Department diplomat Alger Hiss was accursed being a Soviet agent and after he angrily and categorically denied the charges. After the press major political figures, such as Eleanor Roosevelt, Dwight Eisenhower and John Foster Dulles public supported Hiss, it was Richard Nixon’s confrontation with Hiss and discovering documents found on his farm that proved him guilty (Herman 2000, p. 87).

Despite the suppression of civil rights and the constrained affects of McCarthyism, I assert that it is incorrect to state that McCarthy was a loathsome, isolated political figure. Evidence of this is reflected in that not a single Gallup Poll of that era showed even 1% viewed anti-communistic extremism as national problem. Even the apostles of American liberalism, the Kennedy Family, embraced him: Joe Kennedy supported him, Kennedy girls dated him, RFK worked for him and JFK walked out in disgust with a speaker stated that Harvard never produced a McCarthy or Hiss, stating ‘How dare you couple the name of Joe McCarthy with that of a Traitor!’ (Buchanan 1990, p.90).

I would state that McCarthy was a patriot that possessed the good intentions of ridding America of a hostile subversive force. But it appears that in his quest to do so, his paranoid thinking unheeded the Nietzschean warning about being careful in fighting monsters and became one himself. This is reflected in his embracement of the same authoritarian tactics and suppression that communism had adopted.

In conclusion, the idea of ‘paranoid thinking’ has proven to be a natural element to the American character. This explains how McCarthy gained and maintained so much support by the public and other key political figures. It appears that McCarthyism was not an anomaly to America, but was actually as American as Apple Pie.

Herman, A (2000) Joseph McCarthy: Reexamining the Life and Legacy of America’s Most Hated Senator, The Free Press, United States