My Thoughts Of The Historical Brexit Vote And Its Geopolitical Implications.

HomeEuropean PoliticsMy Thoughts Of The Historical Brexit Vote And Its Geopolitical Implications. 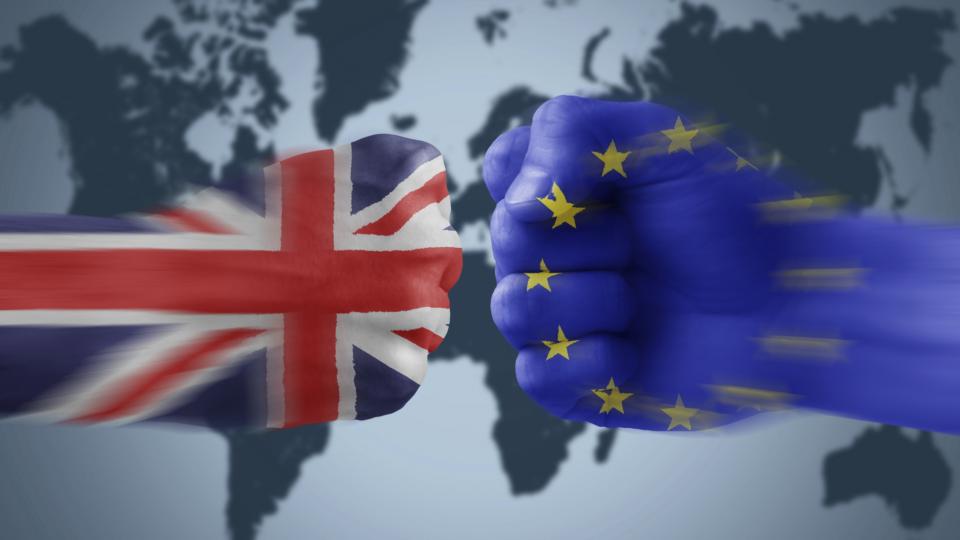 My Thoughts Of The Historical Brexit Vote And Its Geopolitical Implications.

After studying, reading, writing and discussing the end of the EU, both academically and personally, for the past eight years I am absolutely overjoyed the Brexit outcome!!!

The authoritarian-technocratic nature of the EU has revealed itself in its behavior many times before. For example, when nations, such as the Dutch, Ireland and France who voted ‘No’ to the ratification of the 2009 Lisbon Treaty, they were forced to do it again until they voted ‘Yes’. Later, Italy had their own democratically elected leader dismissed and a EU puppet leader, Mario Monti, imposed upon them. Same thing happened in Greece and they even recently had their 2015 Referendum to reject the bailouts ignored. The idea of the EU is to standardize the continent, as Henry Kissinger has said ‘Who do I call if I want to call Europe?’ meaning he just wanted an EU President and not deal with all the other Heads of States of the various Euro nations. I always found it strange that after fighting WWII and even risked nuclear annihilation with the USSR, that there are those in the West that wants to adopt the rebranded concept of a forcibly unified Europe.

The experiment of Euro-collectivism has failed and is being rejected. Now it is the concept of national sovereignty and democracy has been remembered and is reasserting itself. Much like the Ancient Greeks who supported a benevolent tyranny, but as soon as that tyrant become authoritarian, they soon remembered their democratic principles and then got rid of him, I think this is happening within the EU Establishment and its Member States.

Britain is just the beginning, as I think will see many other Euro nations will follow. For instance, Rome just elected its first female mayor, who represents the Eurosceptic 5 Star Movement, is a huge blow the Renzi Government and could be the next country to leave. But it is more than about Europe. I think we could be witnessing a major reshuffling of world politics. It is going to be a similar period of turmoil as the world goes through realigning itself, much like the aftermath of the Second World War and the Cold War. This is really a non-violent revolution against the idea of a standardized globalized world, which is also reflected in the condemnation of the TPP, TIPP and perpetual warfare to forcefully impose a certain economic, political and cultural mindset.

One of the problems is that the faction of the Remain camp rejects the very existence of nation states and view nationalism to automatically support a variant of Fascism or the ethno-nationalism of Hitlerism. This is a mistake. It was socialist George Orwell who distinguished the difference of nationalism and patriotism: nationalism is the pursuit of power and makes the individual assimilate their very identity into the state. Contrastingly, it is patriotism that possesses a devotion to a particular place and way of life and is militarily neutral and culturally defensive, not offensive.

In regards to Scotland and Ireland now wanting to leave the United Kingdom and join the EU, I would not recommend them jumping onto a sinking ship but it is their choice to do so. However, if they do split from the UK but not join the EU, it would fit the period of a transforming geopolitical world and they may reinvent their relationship with England. Could it be a relationship closer of that of Canada and America? I am not sure, as I don’t have an in-depth knowledge of Scottish and Irish politics.

The geopolitical world has never to static. We have experience a period of imperialism and empire, aggressive nationalism and now globalism.  I hope we are entering the Age of the English School of International Relations  – various cultures of the world, reflected by the nation states living in an international, not globalized, world: A society of nations, supporting non-intervention, each communicating, sharing, trading, travelling, and inspiring one another and thus humanity can enter some form of relative world peace.

Finally, to those who voted ‘Out’ but didn’t realize what they were voting for or what the EU even was – what else can I say – how stupid are they? After months of intense debate, they had plenty of time to educate themselves before voting. It is up to them to take the initiative and learn what is happening around them. Such idiocy is beyond me…

No matter what happens – hold on to your hats, it’s going to be a bumpy ride!