An Interview With Former Premier Of Western Australia Geoff Gallop 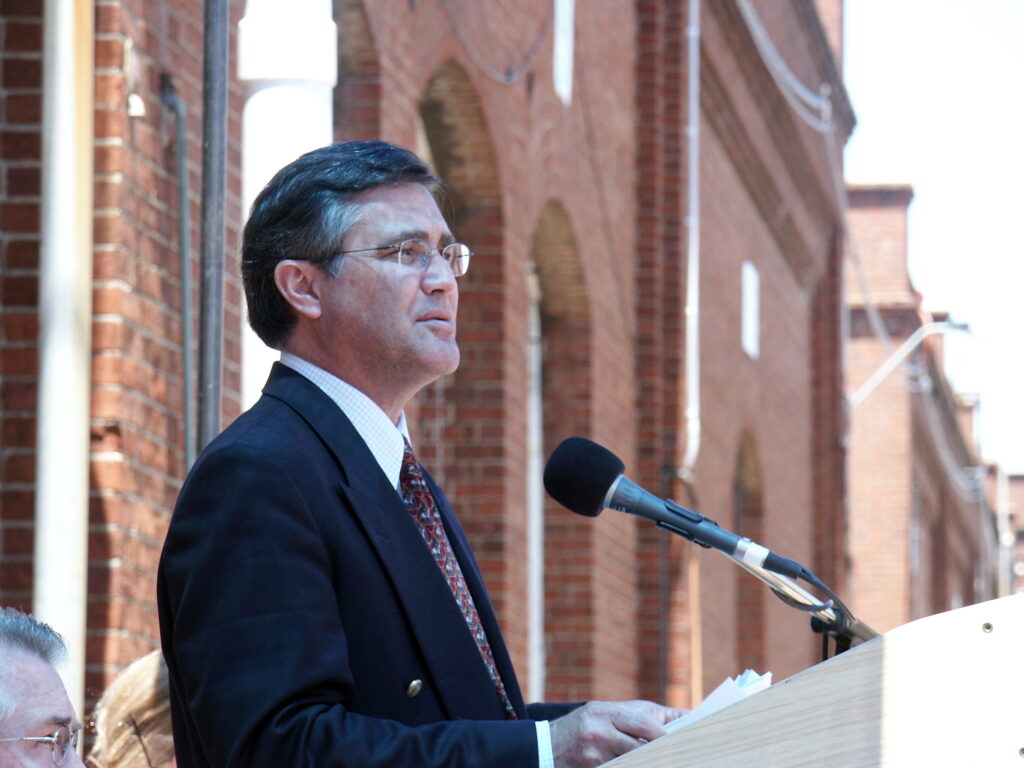 An Interview With Former Premier Of Western Australia Geoff Gallop

Geoffrey Ian “Geoff” Gallop is a former Professor and Director of the Graduate School of Government at the University of Sydney and chairman of the Australian Republican Movement. He was the 27th Premier of Western Australia (2001 – 2006).

You have had a interesting background – Rhodes Scholar, Oxford PhD and Premier. Why did you decide to entre politics? Was it always your goal?

My family background was always politically aware. My father was pro-Menzies and my mother was a supporter of the Labour Party. So I managed to attain a appreciation of both sides of politics.

Why the Labour Party in particular?

When I went to Uni I was a ‘small L Liberal’. The Liberal Movement back then was about freedom, not about conservatism. When Whitlam came about, he blended constitutionalism with socialism. The Liberal party had become the party of Big Business interests. There was also the issue of the Vietnam War that also played a factor. Whitlam become a ‘Constitutional Reformer’.

Do you have any particular Labour heroes and if so, why do you think that you gravitated towards them

My three big heroes would be: Former Liberal WA Premier Charles Court, Prime Minister John Curtin who was the leader of Australia during WWII and Bob Hawke who reformed the Trade Unions. Back in the day the Trade Unions were very conservative and Hawke reformed them.

No breathing space. As a Cabinet Minister you can afford to tune out at things that don’t concern you, if you want to. As a Leader you are always switched on. There is always a group meeting, speeches, HR challengers and the media; therefore there is no escape. You are always under pressure and accountability. However, there is a real sense of responsibility to members and supporters.

The general perception, it is usually viewed that it usually consists of two sides arguing with each other. That is not a accurate view as to how politics work. How would you describe difficulties of working in Australian politics?

In regards to the difficulties of politics, it is the Media, not you opposition, which are the true enemies. They are dominant. They always want immediate answers or they are digging up something. For instance, when you get up in the morning you read something that happened in the paper and as soon as you go out, the media wants you to comment. It would sometimes take you three hours to process what happened, but they want a response straight away and if you don’t give one, you come across, as you don’t know what is going on. In Parliament, it is a different ballgame.

In your experience, what is Australian politics like? Is it Machiavellian? Was it possible to achieve your vision or were you stopped by politics?

It is a battleground. There is always a difference between your strategic vision versus the real world. There is a Machiavellian element present. But there is also the opportunity to change. An example of this was the logging reform my government did. The formula of politics is this:

Vision/ What you want to achieve + Strategy/ how you attain it + Management/ how to respond to interfering issues.

Machiavellianism is unavoidable as you have opponents, allies and even friends can be strong or weak and have their own ideas.

How do you personally deal with problems, challenges and awkward situations in the workplace?

There are so many different issues that you have to deal with, you have to delegate. Politics is a team game. You have to remember, you have your Chief-of-Staff and your Liaison as well as the Party itself.

You have to deal with these issues by delegating them to others otherwise it becomes too much. But obviously at the end of the day you are the leader and therefore the ultimate authority to solve the problem.

How would you describe the nature/culture of domestic politics today compared to when you first started your career and your time as Premier?

When you first got involved in politics in the 1970’s it was more energy/politics/argument. You would have to argue your case and actually get political. Today there is less and less of that occurring. There is less ideology, less policy and of big ideas. Reform was much more focused as opposed to now.

In regards to the population, there seems to be a trend in younger people to be much more critical and untrusting compared to previous generations.

The younger generation are consumers of politics. They ask questions. Before they was a culture about certain politics. But now younger want a product, they are more critical. They are consumer-focused and seeking values.

As seen in Europe and the US there is a rise of third parties, from the moderate to the extreme, do you think this will occur in Australia?

It already is! The percentage vote for major parties decided dropped considerably in recent times. Your are seeing the rise of Populists and Greens. You have the Populists pushing the Liberals and you have the Greens push Labour to their cause. Politics are now fractioning and people are now feeling major disappointment with modern politics. Today’s generation are now supporting single-issue causes, independents and third parties.

Do you think the political establishment realises this?

No really. They don’t see it coming, but there are changes happening in the Senate that indicates changing attitudes.

On the issue of Australian Republicanism, where do you see it today and why to you think that the Monarchy is still strong, even with this particular generation? It actually appears that Republican support has dropped considerably by the youth since the Referendum.

The Republican Referendum of the 1990’s was the Baby Boomer’s moment, but they failed. They were principled republicans, but the new generation don’t have the same background, they didn’t grow up ‘God save the Queen’. But the idea of an Australian being Head-of-State is still a powerful idea. That is the key in getting republicanism to resonate with today’s youth.

Turning towards the international arena, what is your assessment of today geo-political events? Where do you think the world is heading?

There are three parts that make up the work – The West that is made up of the UK, US and Australia, The Former Colonies of the British such as India and Soviet Union and the very poor nations that are the Dictatorships.

It seems that the problems, which will be faced in the future, will be a new division is over religion, with Radical Islam versus the Others, Climate Change and Global Financial Instability.

What career prospects would you think is available for someone with an education in International Relations and History?

The younger generation is important. Hoe do we relate to Asia, particularly China. My view was build up during the Cold War. The younger people don’t have the same reference as I do, despite my best efforts to stay open-minded. The younger people need to be in strategic positions, foreign affairs, political parties and business.

If you were graduating from your studies today, how would you begin your career? What steps should a recent undergraduate take in order to advance their career?

I am conservative. Government is still an issue and we still need good public services. I still would probably do the same thing and get into academia and politics. But the climate is different and I would have to change. There was choice, but not now. It is a much tougher/meaner world. The resistance needed is much greater than before. Also it is much more wealth available to younger people. The circumstance has changed the availability to find a job but there is much more wealth and creatively at play.